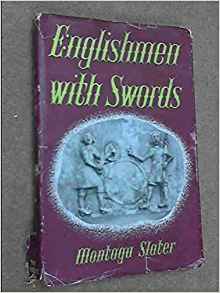 Montagu Slater was a significant literary figure both inside and outside the British Communist Party. He was born into a working-class family in 1902 who went on to win a prestigious scholarship to Oxford.

Like many of his generation, he was shaped intellectually by the social, economic and political upheavals caused by the Great Depression and the rise of Fascism. While active in local politics at an early age he joined the CP in 1927.

This was an unfortunate time to join the British Communist Party because in 1927 it was already exhibiting signs of political degeneration, and slavishly sided with Joseph Stalin’s struggle against Leon Trotsky. Slater very quickly sided with the revisionist Stalinist theory of building Socialism in One Country which was in opposition to Leon Trotsky’s Orthodox Marxist position of permanent world revolution.

Any assessment of his literary work should take into consideration his Stalinist politics. His craven adherence to the theory of building socialism in one country paved the way for him in the 1930s to become editor of 'Left Review'. Slater was one of the founding members. Left Review from the beginning was an apologist for Stalinist crimes against the working class and became a house organ for attacks on Leon Trotsky.

According to Brian Pearce, the Slater was hostile to Trotskyism from the start, Pearce writes “In November 1937 the publisher Frederick Warburg revealed in a letter to the New Statesman that Left Review had refused an advertisement for The Case of Leon Trotsky, published by his firm. This book was the report of the examination of Trotsky, regarding the statements affecting him made in the trials, carried out by an independent commission of inquiry headed by John Dewey. The new liberalism of Left Review did not include giving a show to the other side. Editor Randall Swingler explained on behalf of the journal, in the next issue of the New Statesman, that ‘there is a line at which criticism ends and destructive attacks begin, and we regret that this line separates us both from Dr Goebbels and Leon Trotsky”.[1]

Slater who died at a very early age of 54 it must be said stayed true to his Stalinist ideas. Despite being linked with the`New Reasoner’ wing inside in the Communist Party, Slater agreed with every twist and turn of the British Communist party’s attack on Trotskyism. He backed the party’s reformist “British Road to Socialism”. When the Hungarian Revolution took place in 1956, he called it a counter-revolution. On his deathbed in 1956, he still retained his party
membership.

Englishmen with Swords is a piece of historical fiction which centres on the years 1647-1649 in other words the highpoint of the English Bourgeois revolution. Slater wrote the piece using material from the journal of a minor but significant real-life participant of the English Civil War Gilbert Mabbot. It is a pretty honest portrayal of events.

As much as I can tell, the storyline remains faithful to actual events. The book should not be seen as a historical document but should be seen as a complement to academic historical research.

Slater should be congratulated for bringing Mabbott to the attention of a wider audience. Too many figures such as Mabbott have been lost in the revisionist stampede to replace the “history from below” genre with history from above.

Mabbott (1622—c. 1670) was according to Graham Stevenson “the official licenser of the press from 1647 to 1649 and himself a pioneering journalist and publisher of newsbooks during the English Civil War period”.

Figures like Mabbott have been largely neglected by modern day historians. This neglect is largely the fault of revisionist historians who have ignored radical figures such as Mabbott who had links to groups such as the Levellers. Another neglected area of research is regarding the proliferation of secret printings presses before the war which would tend to contradict historians such as Conrad Russell who have put forward that radicalism did not exist before the outbreak of civil war hostilities. Mabbott, after all, was involved in the publication of the Moderate newsbook.

Describing his time with the Moderate  Mabbott said: "I have laid down my former title of 'Moderate Intelligencer' and do go by another, 'The Moderate'". The Moderate espoused republican views. It fully supported the execution of the King and held views that were similar to the Levellers.

This link to the Levellers has been questioned by Frances Henderson who said “Mabbott's reputation as a Leveller, which rests solely on his alleged editorship of the radical newsbook The Moderate, is open to question. It is possible that he contributed to early issues of this newsbook, but there is no evidence that he was responsible for editing it and nothing in his career or conduct to link him directly to the Levellers”.

Henderson’s view has been challenged by to Patrick Ludolph[2] “Gilbert Mabbott was a licenser of pamphlets and newsbooks from 1645 to 1649. He was also brother-in-law to Sir William Clarke and a client of John Rushworth. From 1647 to 1649, he was in the pay of the New Model Army, acting as their “agent” in London. As well, Mabbott has been accused of being the editor of the radical newsbook The Moderate, an accusation which I have come to believe”.

Patrick’s views on the book are worth quoting  “I have read it, but I could not tell you much more about its background than what is already on the dust jacket. It is from Gilbert Mabbott (which you know because you commented here, but I thought I would say for others out there) and makes use of several original documents from the Civil War. However, Slater chose Mabbott because he knew absolutely nothing about him. He saw his name on a bunch of documents and decided to write from his viewpoint because Mabbott was a virtual nobody, a clean slate to write on. The irony is not lost on me. It has been a while since I looked at it; I seem to recall that Slater was a little confused about some things, but I do not remember what. Come to think of it, I probably should have done a post on this, but I read it before I started blogging”.

Henderson is not overtly gushing over Slater’s book Englishmen with Swords he believes “Slater chose Mabbott because he knew absolutely nothing about him. He saw his name on a bunch of documents and decided to write from his viewpoint because Mabbott was a virtual nobody, a clean slate to write on”.

Despite this, I still believe Slater’s novel is historical fiction of note. Not as good as Dickens A Tale of Two cities but is a credit to the genre. Historical fiction is not to everybody's taste but done well can reveal significant insight into historical events.

To conclude, it is essential to distinguish between a genuinely good historical novel and pulp fiction novels which sometimes contain glaring historical inaccuracies.

Chris Hopkinson in his essay Historicising the Historical Novel: cites “Lukacs in his The Historical Novel (1937; 1963) distinguishes between various periods when literary historicism has become merely a mannerism and periods when historical genres have made authentic engagements with history, as some of his section titles may briefly suggest: 'The Classical Form of the Historical Novel', 'The General Tendencies of Decadence and the Establishment of the Historical Novel as a Special Genre'. Lukacs, of course, as one of the most influential Marxist critics of the twentieth century sees the success of the historical novel at different period as not simply an aesthetic matter, but as one deeply determined by history itself”

Posted by A Trumpet of Sedition at 12:31