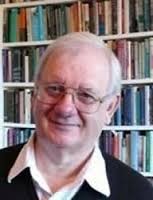 The first thing that struck me about John Morrill’s lecture was that in an age of twitter it was a rare treat to hear a man with such erudition. Whether you agree or disagree with his historiography he is a man worth going out of your way to see and listen to.

As he said in his opening remarks the title of the lecture was a bit of a minefield. Anyone who knows Morrill’s work will know that he rejects the premise that a revolution English or for that matter bourgeois took place in the 1640s’.

He seems to have spent most of his academic career opposing this conception. Wednesday night's lecture was no different.

About the conception of a civil war Morrill believes there was a series of civil wars which fits into his agreement with the theory of the war of three Kingdoms historiography[1].
Morrill avoided a search for the origins of the English Civil War’. He has recently written, that this ‘is the early modern historian’s Holy Grail.’

Early on in his career, Morrill opposed the Marxist approach to the English revolution. He rejected the “rather triumphalist claim that you could now produce a kind of social determinist view of the long-term causes and origins of the English revolution. It was that I think, which several people quite independently reacted against”. In his lower narrative, Morrill characterized the Civil Wars as England’s ‘Wars of Religion’.

He rejects the conception of a bourgeois revolution and her certainly does not believe that this period witnessed a transition from feudalism to Capitalism.

At one stage, he quipped that the Socialist Workers Party(SWP) had asked him to lecture on the English revolution. He told them that the only revolution whereby land was transferred in any great amount took place in Ireland. They were apparently not interested.

Joking aside Morrill’s work on Ireland is worth a look at. The massive land grab that was undertaken by the English bourgeoisie was staggering. This smash and grab raids were done in a brutal manner.

At least half of Morrill’s lecture was given over to how non-revolutionary the events of 1640s England were. However, even he did not deny how much savagery was involved
During his talk, the subject of the Clubmen arose. His own studies on the Clubmen movement is another indicator of his attempt to downplay the revolutionary events.

John Morrill emphasizing the apathy felt by most during the conflict, argued previously “A majority had no deep-seated convictions behind their choice of side.”  Many in England simply chose to support the faction they felt gave them the best opportunity to preserve the status quo; whether it be royalists, parliamentarians, or local neutralists such as the Clubmen”.

Morrill believes that many “ordinary” Englishmen were unconcerned with fomenting revolutionary ideas.

During his lecture, it was surprising to hear that Morrill rejected any social understanding of the Revolution.

Even a cursory look at his work shows he was clearly influenced by the New Social history historiography in an interview he describes his attitude towards those historians who were in the forefront of the group “So there came along the new social history which opened up a whole range of types of evidence, and so one of the most important things to happen for my period was the work which is most obviously associated with Keith Wrightson (who trained in Cambridge, spent many years in St Andrews, returned to Cambridge and then moved to Yale). And the Wrightson revolution really, in the way in which social history is done, had a huge impact on those of us who were more interested in high politics. I mean popular politics, constructed high politics. Wrightson’s importance for my work is again something that people might be a bit surprised to hear about, but I personally, in my mid-career, saw it as absolutely fundamental”.

I doubt whether we will agree completely on the English civil war. Despite that Morrill is worth listening to and his work read. It is also hoped that his major project on the works of Oliver Cromwell is finished and that it reaches a wider audience.

[1] https://en.wikipedia.org/wiki/Wars_of_the_Three_Kingdoms
Posted by A Trumpet of Sedition at 12:52