In her post for this site, Penelope Corfield has already given an excellent set of insights into writing practices, and tips for constructing work. I thought I would take a slightly different line and reflect on my own writing journey. I’ve been writing as an academic historian for over 10 years and have so far published three books and more than 10 journal articles. More recently I’ve also begun to write for a variety of different outputs, ranging from magazines, newspapers and websites, to my own blog. Writing is at the absolute heart of what I do, and I generally write every day – even if it only a few lines. I’m currently finishing off what I hope will be the fourth book – a study of the history of facial hair.

Whatever I’m writing, I feel it’s important to think about the audience for the work. This has to do with developing, and modifying, your authorial ‘voice’. For example, writing a newspaper article of 1000 words is completely different to an academic journal article of 10,000…or a radio script of 300 words. Each has its own requirements and constraints, and each speaks to different people, and in different ways. Whilst academic history journal articles need solid grounding in existing literature, and often the ‘scaffold’ of referencing and stylistic conventions, pieces for popular publications are often much shorter, punchier, and in a ‘looser’ style.

Some academics find it hard to cross from one to the other, since writing something without referencing it goes against the grain! A colleague also once mentioned to me that they were afraid of mixing styles, and writing for a popular audience, in case it ‘polluted’ their academic writing. I actually think that the opposite is true, and that writing different things in different ways makes for a more rounded author.

I’m sometimes asked how and where to start with writing. The obvious answer is at the beginning, but in fact even that’s not always necessarily true. Whatever I’m writing, I always need a spark of inspiration – usually something I’ve come across in a primary source, or whilst reading a book or article. Often, I find that a single source can be enough to get the creative juices flowing, and it’s important to get that down on paper as soon as possible. Where it might end up in a chapter can be decided later.

When I think about how I write, though, there are certain things that I always try to do. Whatever I’m writing, for example, whether a full article or book chapter, or even a blog post, I always start by making a short list of bullet points, outlining what I think the main arguments of the piece will be. This obviously helps to map out the structure of the work. But I also find, by writing the points as prose, I can actually use them as the launch points for paragraphs or sections. Sometimes even just outlining what you want to argue can be a very good way of getting the writing to flow.

Secondly, I think it’s important to set aside specific time for writing, and to give yourself the space, and environment to do it in. For me, this means turning off social media, email and other distractions. Some people can write in noisy libraries, or with music on, but I need peace and quiet to focus on the task.

Thirdly, I am a strong believer in having a writing target for a day. I am very lucky in generally being able to write quickly, so my own target is usually 1000 words per day. It sounds a lot but is only roughly 2 sides of A4. Once that target is reached, unless it’s really flowing, I often leave it and move on to other things. This is about as close as I get to discipline in my own writing! Indeed, in several other ways my approach is perhaps unorthodox!

For example, I never write drafts. When I begin writing a chapter, I consider it the final version. Although it will naturally be shaped along the way (things are always cut and pasted!), I rarely, if ever, start over again or have different versions of the same. Some people also like to amass all their source materials before starting to write.

The benefits of that approach are manifold. But I have always preferred to write as I research, finding inspiration from the sources that I’ve just worked on and, to a large extent, letting them dictate the shape of the argument. In that sense, although I have a broad idea or theory to begin with, it develops along the way. I’m also a great believer in ‘just’ writing, to see where it can lead. Like so many things, writing needs regular practice in order to maintain the momentum. Sometimes when I’m stuck with my academic work, I make a point of writing a blog post instead, even on a completely different subject, just to keep things ticking over. In fact, one recent blog post actually led directly to an academic article on the same subject.

In the last analysis, writing is a personal preference, and what works for one person might not necessarily work for another. That is why I’m sometimes slightly dubious about the whole ‘writing about writing’ literature, and also loathe to try and give students a prescriptive list of what they should do, beyond general tips. But writing this piece has actually been very enlightening since it’s forced me to reflect on what I do and analyze how I do it…something I’ve never really done. Sometimes the best thing to do, is just…write. 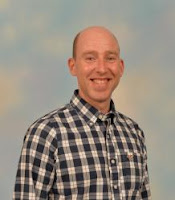 After a rather unsatisfying ten-year career with a major high street bank, I decided to take the plunge and return to study. Having begun studying for my history degree part-time with the Open University, I enrolled at the University of Glamorgan and completed my BA (Hons) there in 2005, writing my undergraduate dissertation on the medical information within a seventeenth-century commonplace book.

Having secured funding from the AHRC, I completed my MA in History at Cardiff University in 2006, and was then funded by a Wellcome Trust prize studentship to study my PhD at Swansea University, which I completed in 2009. My thesis was adapted into my first book "Physick and the Family: Health, medicine and care in Wales, c. 1600-1750", published in 2011 by Manchester University Press.

After completing my doctorate I returned to the University of Glamorgan in 2010, as a research fellow on the Leverhulme Trust-funded project "Steel in Britain in the Age of Enlightenment", working with Professor Chris Evans. At the completion of this project, I became a lecturer in History at Swansea University, teaching a range of modules in early modern European history. His blog can be found @https://dralun.wordpress.com/
Posted by A Trumpet of Sedition at 09:55