A Reply to Suzannah Lipscomb’s article Face to Face with History. 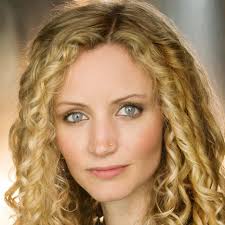 Suzannah Lipscomb's article in history Today[1] is an interesting read. She states that historical novels can bring us closer historical truth than academic writing. "If we can trust writers of historical fiction to situate their stories within a framework of accuracy, we can allow their novels to deliver our heart's desire: a séance with the past, a face to face encounter with the people of history, that we perhaps find lacking in history books"[2].

While a good historical fiction is a pleasure to read and can shed some light on past events, academic historical research and writing should take precedence. I agree with Lipscomb that a historical novelist should strive to be accurate and authentic. It is also acceptable that an author should have an individual artistic license; after all, it is fiction we are talking about and should be treated as such. But artistic license must be situated within the bounds of historical accuracy and truth.

Bad fiction writing can be a very damaging thing. Perhaps these books should be made to carry a public health warning. Bad fiction can severely damage your intellect.But not all fiction is bad, and not all academic history is right. A good historical novel such as David Caute's Comrade Jacob is enjoyable and can be an excellent way of attracting readers to history.The best historical fiction can shed new light on an already much written about the period. As Paul Lay speaking about the book the Daughter of Time by Josephine Yey states "The historical novel, when it is this good, this thoroughly researched, has become a means of legitimate historical inquiry".

Writing any kind of history is indeed fraught with danger. But the struggle for objective truth no matter how hard should be part of the fundamental DNA of any historian or historical fiction writer. Lipscomb is right to warn of historians playing fast and loose with the facts. A historical fiction writer should approach their sources with the full rigour of an academic historian.

Two interrelated trends have brought this about. The growing commercialisation of history is having a serious and adverse impact on history writing. The amount of money that universities are getting from wealthy individuals or corporations is bound to lead to a certain amount of academic prostitution.

Coupled with this has been the growth of postmodernism which has not only manifested itself in academic circles but is found in historical fiction writing.The utter dross that is being produced in the name of historical fiction and the disinterest for any kind of "grand narratives" is a by-product of the postmodernists. Domination of universities. One of its leading members is Jean-François Lyotard and his 1979 book, The Postmodern Condition: A Report on Knowledge. Lyotard adopted an "incredulity toward metanarratives," and said, "The narrative function is losing its functors, its great hero, its great dangers, its great voyages, its great goal".[3]

The chief characteristic of the postmodernist is the use of debatable philosophy, to blur over the difference between truth and lies, and in doing so, commit a falsification of history. The practice of lying about history has been taken to a new level by the various schools of postmodernism. It would not be an overstatement to say that the impact of this school of history has been as one writer put "nothing short of catastrophic."Lipscomb is very generous in her praise of Mantel's work and rightly so. Mantel is one of the most gifted writers around and works hard in the archives and knows her way around the historiography of her given subjects.

Lipscomb seems to lose a little clarity and academic objectivity in her assessment of Mantel. Mantel's portrayal of Thomas Cromwell is, of course, a revision of the previous historiography. It should also be noted that Mantel's portray of Thomas Cromwell pays a little too much debt to the arch-revisionist historian. G R Elton. Elton like Mantel says little about Thomas More's writing on utopia.4]

According to Professor Mark Horowitz "Elton decidedly positions himself as the master of the manuscripts, in this case, contemporary documents and administrative records from the statutes and the journals of the House of Commons. He comes close to chastising those historians pursuing the history of ideas – he is not a fan – believing that all is for naught unless such ideas can be traced to actions beyond the mental exercise. Indeed, he has little time for More's Utopia because no proposals were put forth to better the commonwealth, only 'remedies in the fictional realm of the unattainable.' Elton's goal is to demonstrate the translation of 'aspiration into achievement' and how 'thought yielded results indeed'. This, of course, provides a theme and path for his discussion of Thomas Cromwell as the exemplar of a Tudor action hero of sorts, and he takes his readers on a legislative journey portraying a practical minister's transition into a proficient planner stoked by the reformist fervour of the day".

It is, therefore, critical to know what is buzzing in a historian or fiction writers head. Mantel clearly as Lipscomb points out does make Cromwell more likeable than history records.So the reader should at least understand the motives or bias of any writer of fiction or nonfiction. Mantel, after all, is heavily critical of the Catholic church. The Catholic Church, she states "is not an institution for respectable people"[5].

While it should be taken for granted that a historian to attempt to recreate the past must have "empathy and imagination," the historian or fiction writer must study the history with a doggedness and intellectual objectivity. A historian must be disciplined enough not to allow his imagination to run riot. The presentation of facts is not without controversy. It should be noted that "facts" themselves are products of the ideological, social, cultural and political currents of the time.

The historian E.H. Carr was a great believer that the historian had a "dialogue between the past and the present." While it was the duty of every good historian to present this conversation in a readable form to the history reading public he or she had to be extremely careful and not to fall into the trap of treating his topics of research as if they were organically linked to the present day. It would be entirely wrong to treat figures such as Oliver Cromwell, Napoleon Bonaparte as contemporaries. It should not need to be said that they lived in completely different times to people from the 21st century.

To conclude the French historian of feudal society Marc Bloch said it best when he wrote The Historian's Craft " In a word, a historical phenomenon can never be understood apart from its moment in time. This applies to every evolutionary stage, our own, and all others. As the old Arab proverb has it: 'Men resemble their times more than they do their fathers".

Posted by A Trumpet of Sedition at 09:29