Like most people, my daily routine is fairly fixed. I check my incoming e-mails, look at the Google alerts I have for topics in early modern history and then look at twitter for items of interest posted by historians. I do not look as often as I should at the account of Susan Amussen, the widow of the late David Underdown, but this morning, thirty-five years after their marriage, she put up a photograph from their celebrations that conveyed her absolute delight on that day.

My original intention had been to comment on Neil McKendrick’s memoir on the life of Jack Plumb, the existence of which I discovered via Keith Livesey’s blog, A Trumpet of Sedition. It arrived on the last day of August and I finished reading it on Wednesday.[1] I do remember Plumb delivering the James Ford lectures in Oxford in Hilary Term of 1965 and hearing from him how the Tory Party of the late-seventeenth and early eighteenth centuries was now finished.

But I had no idea of the personal animosities and academic feuds which Plumb was pursuing in Cambridge and elsewhere. Needless to say, I was surprised to learn a day late when reading the last volume of Isaiah Berlin’s correspondence that Plumb had had a heart attack whilst dancing too vigorously at the Buckingham Palace party after the marriage of Lady Diana Spencer to Prince Charles. Plumb apparently had not received a sufficiently prestigious card of invitation.[2]

More seriously, I spotted on the website of the National Archives a piece by Richard Knight on the levying of Ship Money in the 1630s. He has been working on the Privy Council’s registers for the 1630s which, inevitably, contain a good deal of material on this subject. Oddly though, he has not used Alison Gill’s highly important 1991 Sheffield University thesis which illustrates how a collection of the levy collapsed in the late-1630s after the judgment in Hampden’s case.

Posted by A Trumpet of Sedition at 08:58 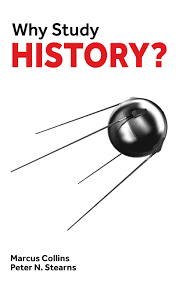 “The study of history is a battleground. The tradition of all the dead generations weighs like a nightmare on the brain of the living,”

“History calls those men the greatest who have ennobled themselves by working for the common good; experience acclaims as happiest the man who has made the greatest number of people happy”.

Perhaps another title for this book should be study history can earn you loads of cash. As the blurb advertising says “Considering studying history at university? Wondering whether a history degree will get you a good job, and what you might earn? Want to know what it is like to study history at degree level? This book tells you what you need to know”.

The authors, Peter Stearns and Marcus Collins, spend a significant amount of space explaining that history students can gain the “ability to handle evidence, understand causation, wrestle with competing interpretations, write well, and detect bad arguments”. But this is largely window dressing as their main point is that students can make a lot of money by studying history (they cannot by the way). They write “Without a profound understanding of the past, societies, organizations and individuals will make needless mistakes and fail to take full advantage of emerging opportunities.”

If this book were only about why it is important to study history at the university level, then I would have no problem with it, but it is not that simple. Despite being well-established historians, both Collins and Stearns present what little history is in the book simplistically and misleadingly. Some of their historical pronunciations are not only wrong but in one case dangerous.

A case in point is this quote from Stearns, who writes “history helps provide identity, and this is unquestionably one of the reasons all modern nations encourage its teaching in some form. Historical data include evidence about how families, groups, institutions and whole countries were formed and about how they have evolved while retaining cohesion. Histories that tell the national story, emphasizing distinctive features of the national experience, are meant to drive home an understanding of national values and a commitment to national loyalty.

He continues “A study of history is essential for good citizenship. This is the most common justification for the place of history in school curricula. Sometimes advocates of citizenship history hope merely to promote national identity and loyalty through a history spiced by vivid stories and lessons in individual success and morality. But the importance of history for citizenship goes beyond this narrow goal and can even challenge it at some points. History that lays the foundation for genuine citizenship returns, in one sense, to the essential uses of the study of the past. History provides data about the emergence of national institutions, problems, and values—it is the only significant storehouse of such data available. It offers evidence also about how nations have interacted with other societies, providing international and comparative perspectives essential for responsible citizenship”.[1]

This would not look out of place in any Nazi handbook of how to be a good citizen. I am not saying that Stearns or Collins are fascist sympathizers but as Leon Trotsky wrote: “every sociological definition is at bottom a historical prognosis”.

It would appear that Collins and Stearns’s prognosis is that Communism is little different to what it replaced. Why else on page 35 would they state that after the Bolshevik revolution took place, its police force was little different from the Tsarist one it replaced. The slander is left without any explanation and creates a narrative that ultimately sidelines the complex evolution of events or the ideas of their participants.

It would perhaps be excusable if this was the only wrong-headed and that is being a polite piece of history, but their simplistic and sometimes deliberately misleading pronouncements on history matters permeate the whole book.

To conclude the book appears to have been assembled quite quickly, and much of what passes for history appears to been added in the same manner. Again given that these are well known and established historians why no index, and only 96 endnotes. It is also surprising that given the importance of the subject matter why no major publishing house picked up the project. Collins and Stearns’s conclusion is weak. What they should have said is that the study of history is hard and it will or should not make you much money. A serious historian should have a passion for history regardless of the money. The study of history should be for the benefit of mankind or as a man who knew a thing or two about history said: “History calls those men the greatest who have ennobled themselves by working for the common good; experience acclaims as happiest the man who has made the greatest number of people happy”.

Posted by A Trumpet of Sedition at 09:42