On the historiography of the English Civil War

I will return to his comments shortly as I have some other projects which are taking my limited time. As for the original target of my piece called should the English Civil War Be at the Heart of the National Curriculum? Paul Lay I will not hold my breath for a reply. I am not sure that blog writers appear on his intellectual radar too much to warrant a reply. I hope to be surprised. Chris Thompson’s blog can be found at here http://earlymodernhistory1.blogspot.co.uk/. Any one studying the subject of early modern Britain will find a valuable research tool.

Over the last three years, I have become more sympathetic to Keith Livesey’s blog, A Trumpet of Sedition. I have grown to like him too. This is partly because he is an unrepentant Marxist of a kind much more common when I was an undergraduate and postgraduate in the 1960s. He believes that the events of the period between 1640 and 1660 were a genuine revolution, that they had as their principal causes antecedent economic and social changes and that they paved the way for the emergence and triumph of capitalism in England with all the momentous consequences that had for the world as a whole in the eighteenth and nineteenth centuries.

Christopher Hill, it is no surprise to find, is one of his heroes in the ranks of professional historians and he is no less interested in the Communist Party’s group of historians that flourished in the late-1940s and until the mid-1950s. This is a perfectly respectable and defensible position although not one that I accepted either in the 1960s or subsequently.(One of my favourite conversational gambits when confronted by a Marxist four or five decades ago was to deny that there had been a ‘Revolution’ in a recognisably Marxist sense at all.)

Keith Livesey recently (13th March) commented on the views of the Editor of History Today, Paul Lay, on the contents of a revised National Curriculum for history. He agreed with Paul Lay that it should cover the English Civil War and offered his agreement if the former meant “that the English Revolution paved the way for capitalism to flourish in England”. But he was apprehensive that Paul Lay seemed to belong to a group of historians who “have sought to revise previous Marxist historiography of the English Civil War.” He went further when he expressed the view that Paul Lay and other revisionist historians had downplayed the role of economics in people’s actions at that time. “Lay’s real beef is with Marxist historiography .... Lay blames Marxist historians such as Christopher Hill for using base and superstructure to best understand the civil war. Lay believes that the demise of Marxism has once again brought the role of religion as the main driving force behind civil war. Lay has the right to his ideology but the constant attack by revisionists and their apologists is doing untold disservice to those students who wish to have a multi rather than one dimensional understanding of the civil war.”

I am sure that Paul Lay, if he so wishes, is perfectly capable of responding to these criticisms. Nonetheless, there are some important points that need clarifying for the record. There was never a time when Marxist interpretations of the English Civil War or the English Revolution constituted an established historiographical orthodoxy in this country (the United Kingdom).Nor did they do so in the United States. Hugh Trevor-Roper, John Cooper and Jack Hexter’s criticisms decisively punctured the sub-Marxist explanations of Tawney, Stone, Hill, and others: this was why there was such an explosion of advanced research into the gentry’s fortunes and the experience of counties from the late-1950s onwards. Christopher Hill himself came to the view by the 1970s that the events of the 1640s were not the result of the rise of the bourgeoisie but the precondition for such a rise later in the seventeenth century. He was severely criticised by figures like Norah Carlin for such apostasy.

The second major point that I should make is that ‘Revisionism’ as it came to be termed had a very short life-span. It was born in the mid-1970s with Conrad Russell’s work on the Parliaments of the 1620s and was defunct after 1990-1991 when his works on The Causes of the English Civil War and The Fall of the British Monarchies 1637-1642 appeared in print. There has been no campaign of continuing criticism of Marxist historiography in this area or of Christopher Hill’s body of work because both have, in general terms, ceased to be regarded as relevant by academic historians. The debates amongst historians of the Civil War period have moved on a very long way over the last twenty years or more.

No historian that I know maintains that economic and social changes before 1640 were unimportant or unrelated to the events of the years thereafter. But very few would maintain that economic and social changes in themselves were decisive in determining the outcomes of the military struggles between Royalists and Parliamentarians in England or the conflicts in Ireland and Scotland. Much more sophisticated connections between intellectual and popular culture, between literacy levels and political and religious changes, between the rise of aristocratic constitutionalism and the demands of landed and mercantile elites have been developed since Christopher Hill’s prime.

The terms of the debates will no doubt continue to change. That is right and proper in academic history. Whigs, Marxists and Revisionists have had their day and now belong to the students of intellectual historiography.

Posted by A Trumpet of Sedition at 03:23

Should the English Civil War Be At the Heart of the National Curriculum? 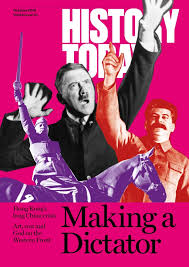 Few historians would disagree with Paul Lay's comment that "The English Civil War, the English revolution, the Wars of the Three Kingdoms: call them what you will, they are the most important and perhaps the most exciting period in British history, and they should be at the core of the school curriculum throughout the UK".[1]

Lay correctly states that the civil war was such a seminal event not just in British history but world history that every student should have some knowledge and opinion on this event.  I would contend that without an understanding of at least the fundamental issues that caused the war diminishes our understanding of history in general.

However, a word of caution is needed. Before a study of the history, a study of the historian is in order as Edward Hallett Carr said "if, as Collingwood says, the historian must re-enact in thought what has gone on in the mind of his dramatis personae, so the reader in his turn must re-enact what goes on in the mind of the historian. Study the historian before you begin to study the facts. This is, after all, not very abstruse. It is what is already done by the intelligent undergraduate who, when recommended to read a work by that great scholar Jones of St. Jude's, goes round to a friend at St. Jude's to ask what sort of chap Jones is, and what bees he has in his bonnet. When you read a work of history, always listen out for the buzzing. If you can detect none, either you are tone-deaf, or your historian is a dull dog."[2]

Lay recently said, "I know my history and that it was in the 17th century that the disparate national histories of these islands came together to forge the modern world" if by that Lay means the English revolution paved the way for capitalism to flourish in England, then I would agree with him. However, several more right-wing historians such as Niall Ferguson have used the curriculum debate to foster a very right-wing agenda which defends the historical interests of British imperialism. Ferguson has just called the current British Prime Minister David Cameron, a new Winston Churchill.

Lay is a very conservative historian and his magazine History Today is a very conservative Magazine. A list of his favourite historians who write on the English revolution would confirm this. He writes "for decades the 17th century has been the richest seam mined in Britain's history departments, attracting scholars of the stature of Conrad Russell, Austin Woolrych, Ann Hughes, Kevin Sharpe, John Adamson, Jane Ohlmeyer, John Morrill, Barry Coward, Michael Hunter and many more".

There is nothing wrong with this list except for that the majority of historians apart from Ann Hughes are revisionist historians. Like Lay these historians believed there was no revolution, no clash of social classes, and what radicals existed were not really that important.

For the Lay what was important was that religion and witchcraft were the prime movers of people he writes  "In the aftermath of the great conflict, we see the birth of Britain and the emergence of Today's party political system; the British Army and Royal Navy come into existence in recognisable form; the battle of ideas over monarchy and republic provides a stimulating argument for the young; the importance of religion — and witchcraft — is emphasised as a prime motive of people's actions; there is the beginning of the modern financial system with the creation of the Bank of England and the National Debt. Most important of all, though, this is the age when British History runs into that of a wider world to be explored in all its variety by minds prepared for the complexities and contentions of global history by their engagement with the medieval and Early Modern Worlds. Not even our much-maligned exam boards can make that annoying".[3]

Religion or witchcraft did indeed move people, but there was a class struggle and  for the benefit of objectivity which student s of history should be presented with a different viewpoint such as the one expressed by the Marxist writer Ann Talbot who writes that the revolution" brought people of diverse social backgrounds into the struggle against the King and who were well-grounded enough in history to identify new and revolutionary ideas in the curious and archaic guise in which they appeared—as the ideologists of the revolution ransacked the Bible and half-understood historical precedent for some kind of theory to explain what they were doing"

To conclude, the last word should be left to Lay, who somehow manages to make a perceptive point when he says of history that "at its best, calls everything into question. It offers no comfort, no shelter and no respite, and it is a discipline of endless revision and argument. It forces its students to confront the different, the strange, the exotic and the perverse and reveals in full the possibilities of human existence. It is unafraid of casting its cold eye on conflict, both physical and intellectual. And there is more history than ever. It is his story, her story, our story, their story, History from above and from below, richer, more diverse and increasingly global. It has no end, as the benighted Francis Fukuyama discovered when the permanent present ushered in by the fall of the Berlin Wall came crashing down on September 11, 2001. History opposes hubris and warns of nemesis. It does not value events by their outcome; the Whig interpretation of history expired long ago".

Posted by A Trumpet of Sedition at 15:18