For a Tear is an Intellectual thing;
And a Sigh is the sword of an angel king;
And the bitter groan of a Martyr’s woe
Is an arrow from the Almighty’s bow.

“When does the artistic image appear convincing? When we experience a special psychic state of joy, satisfaction, elevated repose, love or sympathy for the author. This psychic state is the aesthetic evaluation of a work of art. Aesthetic feeling lacks a narrowly utilitarian character; it is disinterested, and in this regard, it is organically bound up with our general conceptions of the beautiful (although, of course, it is narrower than these concepts). The aesthetic evaluation of a work is the criterion of its truthfulness or falseness. Artistic truth is determined and established precisely through such an evaluation.

Art as the Cognition of Life-A Voronsky

Catriona Murray’s Imaging Stuart Family Politics is an award-winning and beautifully illustrated book. It carries with it a significant amount of original research and encompasses a cross-disciplinary approach while maintaining a high academic standard.

Having said that the book suffers a little from a one-sided approach in that it examines the English revolution solely from the standpoint of the monarchy. To her credit, Murray rather than examining the images used in the book in isolation does attempt with varying degrees of success to locate them within the socio-political context of the revolution.

In a convoluted way, Murray’s book shows the class nature of the Stuart dynasty. King Charles I’s use of art to defend his position was a novel solution in his and many eyes, but the fact that it did not succeed was not for want of trying. For all his political acumen which was not a lot King Charles did not understand the class forces he was up against. In pure desperation, he even used his children as propaganda as this cynical quote from Charles states  “We are moved both for your sake and the sake of the kingdom itself, over which you are ruling; because as children are a source of solace to parents, thus are they a source of support for kings; for the more children there are, the deeper are the roots, and the more numerous are the supports, upon which the stability of a kingdom rests.[1] This clearly failed, and in the end, like all dictators, he used war to solve his crisis.

“ I hope that my book will encourage scholars to reconsider the significant part of the visual in Stuart politics and to reassess a body of fascinating material which performed a crucial, if, at times, unpredictable, role in early modern public communication”.

Murray recognises that the history of emotions is a very young discipline and that by default her book is a very specialised piece of historical study reflecting the early days of the discipline. Trying to place it in the historiography of the English revolution is, therefore, a complicated task. The book is part of a trend to examine the English revolution, mainly from the standpoint of the monarchy and its use of imagery and religion. The book stands on the shoulders of historians, Roy Strong, Oliver Millar, and Kevin Sharpe.

Again the use of Christopher Hill work would have given the book a better balance. As Hill points parliament and radicals during the revolution were not adverse in using art as a propaganda weapon he states “Politics was invariably expressed in religious language and imagery. (Gerrard) Winstanley used the stories of Cain and Abel, Esau and Jacob, to express his class analysis of society; the younger brother would overcome his oppressing elder brother. David and Goliath, Samson and the Philistines, were symbols of revolt against tyranny. The existing corrupt society was designated as Sodom, Egypt, Babylon.[2]

Murray’s study of the use of imagery during the English revolution is a little one-sided. A multi-sided approach to the discipline is needed if one is to use art to cognize the complicated nature of the revolution. Her approach is Conservative, to say the least.

While it is only recently that through the work of Fred Choate and David North that the work of the great Russian Marxist scholars such as Aleksandr Konstantinovich Voronsky is coming to light, Murray’s book would have a better one if she had at least consulted figures like Voronsky who spent his life examining the role of art in society.

As Voronsky States on page 98 of his book Art as the Cognition of Life “What is art? First of all, art is the cognition of life. Art is not the free play of fantasy, feelings and moods; art is not the expression of merely the subjective sensations and experiences of the poet; art is not assigned the goal of primarily awakening in the reader 'good feelings.' Like science, art cognizes life. Both art and science have the same subject: life, reality. But science analyzes, art synthesizes; science is abstract, art is concrete; science turns to the mind of man, art to his sensual nature. Science cognizes life with the help of concepts, art with the aid of images in the form of living, sensual contemplation."[3]

There is no getting away from the fact that the book is a beautifully illustrated and well-written book. It is hoped that in the future, Murray examines the more complicated use of imagery by parliamentary forces.

Posted by A Trumpet of Sedition at 05:28 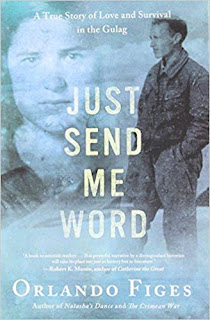 “How many times have I wanted to nestle in your arms but could only turn to the empty wall in front of me? I felt I could not breathe. Yet time would pass, and I would pull myself together. We will get through this, Lev.”

No, I do not see any grounds for pessimism. One must take history as she is. Mankind moves like some pilgrims: two steps forward, one step back. During the movement back, it seems to sceptics and pessimists that all is lost. Nothing is lost. Mankind has risen from the ape to the Comintern. It will rise from the Comintern to genuine socialism. The sentence of the commission shows once again that a correct idea is stronger than the most powerful police. In this conviction lies the indestructible foundation of revolutionary optimism.

"We wanted nothing for ourselves, we all wanted just one thing: the world revolution and happiness for all. And if it were necessary to give up our lives to achieve this, then we would have done so without hesitating."

There is a strong cultural tradition in Russia of recording memoirs as a form of political protest. Unfortunately, the memoirs of Lev Mishchenko and Svetlana Ivanov recorded by Orlando Figes’s 2012 book Just Send Me Word does not fall into this category.

Memoirs from this time can in the words of J.J. Plant “serve many purposes, personal, political and literary. For the survivors of the Stalin terror, it has been particularly important to set the record straight, to rescue and preserve the memories and knowledge which Stalin and his regime set out to expunge and to name the criminals and collaborators who thought the Stalinist regime would last forever”.[1]

Just Send Me Word is a narrative-based study that has become one of many of the survivors of Stalinism memoirs” that they have in the words of the Marxist writer David North become a “literary genre”.

This is not to say that Just Send Me Word has no merit. The book is well written and researched. The archive of Lev Mishchenko and Svetlana Ivanov should contain a goldmine if a historian mines it well. Figes appears to found what he looked for in that the book is mainly absent of any politics.

What kind of enemy was Lev Mishchenko? Mishchenko studied physics and was heavily influenced by quantum physics. Ordinarily would have been a death sentence straight away given Joseph Stalin’s ignorant hostility to bourgeois physics. Lev survived and served in the army during the war and was captured by the Nazis.

After the war he offered work in the US as a nuclear physicist He turned this down preferring to be with his girlfriend, Svetlana. It was a wrong decision given that he was arrested for “betraying his homeland”.

During his time in the gulag, he exchanged more than 1,200 letters with Svetlana. These letters quite unbelievably have been preserved thus creating “the only known Gulag correspondence collection of such size and scope”. 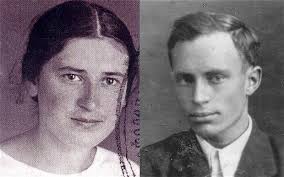 Lev Mishchenko and Svetlana Ivanov were part of the nightmare years of the late 1930s, during which Stalin oversaw the physical extermination of socialist intellectuals and workers in the USSR.

The flower of the October revolution, Left Oppositionists, intellectuals, workers and peasants died by the hundreds of thousands in conditions of back-breaking labour and deprivation. The political nature of the opposition to Stalinism is a problem for Figes. In the book this struggle is absent.

Why is this a problem for Figes? Is it because the scale of the crimes are so big that they are difficult to comprehend. The key to understanding Figes position appears on page 18 when Figes laments that “no one ever knew what this calculated policy of mass murder was about “. This is not true as there was an opposition to Stalin in the form of the Left Opposition.

Figes blames Stalin’s “Paranoic killing of potential enemies”. This is very vague and is not a satisfactory answer. If Figes elaborated he would be forced to explain that there was a socialist alternative to Stalinism in the form of the Left Opposition led by Leon Trotsky.

A point elaborated by Russian Marxist historian Vadim Rogovin who states ” Stalin’s repressive campaigns flowed from his fear not only of the peasantry but of the working class and above all, its revolutionary vanguard—the Left Opposition. The ever-growing wave of mass violence was directed not against enemies of the October Revolution, but against enemies that the Stalinist regime itself created: the peasantry resisting forced collectivisation and participants in the communist oppositions.[2]

Both Lev Mishchenko and Svetlana Ivanov lives are a triumph of principle and human decency over repression caused by Stalinism. As Helen Halyard states “The memoirs of survivors of the Stalin terror are central in shedding personal light on the process of the long civil war which Stalin waged against the revolution. They illuminate and add force to the historical research of writers such as Conquest and Rogovin. However, they do more than this. They can, at their best, demonstrate the survival of some tiny kernel of humanity in the face of the most immeasurable oppression”. Both Lev Mishchenko and Svetlana Ivanov had spirits they did not have a revolutionary spirit.

Posted by A Trumpet of Sedition at 12:15