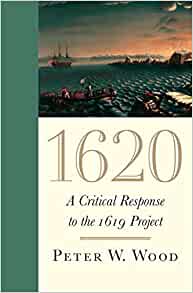 Both ideological and historical myths are a product of immediate class interests. … These myths may be refuted by restoring historical truth—the honest presentation of facts and tendencies of the past.—Vadim Z. Rogovin

"Tell me anyway--Maybe I can find the truth by comparing the lies."

"Lenin refused to recognise moral norms established by slave-owners for their slaves and never observed by the slave-owners themselves; he called upon the Proletariat to extend the class struggle into the moral sphere too. Who fawns before the precepts established by the enemy will never vanquish that enemy!"  Leon Trotsky

"I should respectfully suggest that although the oppressed may need history for identity and inspiration, they need it above all for the truth of what the world has made of them and of what they have helped make of the world. This knowledge alone can produce that sense of identity which ought to be sufficient for inspiration; and those who look to history to provide glorious moments and heroes invariably are betrayed into making catastrophic errors of political judgment.—Eugene Genovese [1]

Peter.W.Wood's book is a very useful critique of the New York Times 1619 Project. It has been described as a historiography of the debates over the 1619 Project. The Times basic premise is to reset Ameican history by "asserting that all the laws, material gains, and cultural achievements of Americans are rooted in the exploitation of African-Americans".

To his credit, Woods does not buy into this absurd and dangerously wrong assumption. The book is an attempt, to sum up, what critiques of the Project have written. While many of the most important historians who have written on the subject have published articles and letters opposing the Times the political leadership in this fight against this travesty of historical study has fallen to the Trotskyist's at the World Socialist Website.

While semi acknowledging this in the book, Wood's is not happy that it was the Trotskyists who first exposed this racialist and revisionist approach to American history. The fact the Times project has been so discredited is down to the role played by the Marxists.

As the Marxist writer David North correctly points out "As a business venture the 1619 Project clambers on, but as an effort at historical revision it has been, to a great extent, discredited. This outcome is owed in large measure to the intervention of the World Socialist Web Site, with the support of several distinguished and courageous historians, which exposed the 1619 Project for what it is: a combination of shoddy journalism, careless and dishonest research, and a false, politically-motivated narrative that makes racism and racial conflict the central driving forces of American history"[1].

In his book, Wood not only opposes the 1619 project, but also offers a different starting point for modern American history, and that is when the first pilgrims set foot in America in the 1620s. The political and historical study of the pilgrims is a worthwhile subject.

To some degree, Wood's has a case in point, but American history has many such starting points, most historians seem to stick with the Declaration of Independence in 1776 as America's founding.

Wood's book is one to the better critiques of the 1619 project, but it does not probe the politics behind 1619. As North points out "The "financialisation" of the Times has proceeded alongside another critical determinant of the newspaper's selection of issues to be publicised and promoted: that is, its central role in the formulation and aggressive marketing of the policies of the Democratic Party. This process has served to obliterate the always tenuous boundary lines between objective reporting and sheer propaganda. The consequences of the Times' financial and political evolution have found a particularly reactionary expression in the 1619 Project. Led by Ms Nikole Hannah-Jones and New York Times Magazine editor Jake Silverstein, the 1619 Project was developed to provide the Democratic Party with a historical narrative that legitimised its efforts to develop an electoral constituency based on the promotion of racial politics. Assisting the Democratic Party's decades-long efforts to disassociate itself from its identification with the social welfare liberalism of the New Deal to Great Society era, the 1619 Project, by prioritising racial conflict, marginalises, and even eliminates, class conflict as a notable factor in history and politics".[2]

To facilitate the Times collaboration with the Democratic Party, its journalists have been given virtual impunity from normal journalist norms of accuracy and truthfulness. Wood correctly points out that the lead journalist on the Project Nikole Hannah-Jones has been given free rein to write what she wants. Jones styles herself as "the Beyoncé of journalism" who according to Wood, is "exempt from ordinary forms of accountability". Hannah-Jones has not replied to any criticism from historians or the World Socialist Website and has since closed her Twitter account.

The unprincipled stance of the many journalists and the few historians who have signed up to the Times project was summed up by historian Nell Irvin Painter, who wrote ""I felt that if I signed on to that, I would be signing on to the white guy's attack of something that has given a lot of black journalists and writers a chance to speak up in a really big way. So I support the 1619 Project as kind of a cultural event," Painter said. "For Sean and his colleagues, true history is how they would write it. And I feel like he was asking me to choose sides, and my side is 1619's side, not his side, in a world in which there are only those two sides."[3]

One of the more despicable assertions made by The Times 1619 project was that Abraham Lincoln was a racist and was only motivated by his hatred of black people. By allowing its journalists to call Lincoln racist, the Times has sanctioned a second assassination of Lincoln.

Again this viewpoint of Lincoln has not been sanctioned by any leading scholars of Lincoln as the writer and historian, Ed Achorn writes "Lincoln was also a politician running for office in Illinois. Lincoln declared during his debates with Stephen Douglas in 1858 that he would not support making blacks full citizens, members of juries and that sort of thing. So Lincoln said things we would deem today to be white supremacy. But he also argued that blacks deserved the rights enumerated in the Declaration of Independence. Frederick Douglass also noted that Lincoln seemed to show absolutely no racial prejudice in their meetings. That was something remarkable at the time. I write in Every Drop of Blood about the reception at the White House. Lincoln calls out, "Here comes my friend Douglass," when he sees him in line. Lincoln was not someone who disparaged other people of any race or background. He viewed people as fellow Americans, and that is how he treated them. You can target anyone from the past and cherry-pick comments. I try to look at the world in which he lived. Lincoln ended 250 years of brutal bondage. I do not think anyone else could have had the political skill and the determination to do that. Lincoln had to win this terrible war, and in doing that, he rid this nation of slavery. To dismiss that is to dismiss one of the most powerful stories of American history". [4]

While there are many aspects of the 1619 project to deal with one of the most important ones identified by Woods, is the 1619 projects assertion that slavery was the prime mover in American capitalism's development.

In an interview with the World Socialist Website, the distinguished historian James Oakes answered this attempt by the Times to re-establish the “King Cotton” theory of American capitalism. Historian Tom Mackaman asks Oakes "can you discuss some of the recent literature on slavery and capitalism, which argues that chattel slavery was, and is, the decisive feature of capitalism, especially American capitalism? I am thinking in particular of the recent books by Sven Beckert, Ed Baptist and Walter Johnson. This seems to inform the contribution to the 1619 Project by Matthew Desmond".

Oakes answers "collectively their work has prompted some very strong criticism from scholars in the field. My concern is that by avoiding some of the basic analytical questions, most of the scholars have backed into a neo-liberal economic interpretation of slavery. However, I think I would exempt Sven Beckert somewhat from that because I think he has come to do something somewhat different theoretically. What you have with this literature is a marriage of neoliberalism and liberal guilt. When you marry those two things, neo-liberal politics and liberal guilt, this is what you get. You get the New York Times, you get the literature on slavery and capitalism".[5]

Wood's raises other minor points such as The Times refusing to have its articles fact-checker by its employees. Or that it produced a special font to give the Project a gravitas it did not deserve. Wood also points out that "the Pulitzer Prize Board erred in awarding a prize to Hannah-Jones's profoundly flawed essay, and through it to a Project that, despite its worthy intentions, is disfigured by unfounded conjectures and patently false assertions".

Perhaps the most dangerous aspects of the 1619 project have been to seek to overturn centuries of the historiography of the revolutionary nature of the American Revolution and the American Civil War. As North points out that the assertion by the Times that the American revolution was not a revolution at all has serious implications he writes  "This claim—that the American Revolution was not a revolution at all, but a counterrevolution waged to defend slavery—is freighted with enormous implications for American and world history. The denunciation of the American Revolution legitimises the rejection of all historical narratives that attribute any progressive content to the overthrow of British rule over the colonies and, therefore, to the wave of democratic revolutions that it inspired throughout the world. If the establishment of the United States was a counterrevolution, the founding document of this event—the Declaration of Independence, which proclaimed the equality of man—merits only contempt as an exemplar of the basest hypocrisy.[6]

To conclude, Wood's book is a very good introduction to the numerous critiques of the 1619 project. I somehow doubt it will be reviewed in the Times. Alongside this book, I would recommend Mehring books publication entitled The New York Times' 1619 Project and the Racialist Falsification of History[7]. Wood's is correct in his belief that the proper historical education of children is a factor in their growth as properly rounded human beings. They should not be taught that the Declaration of Independence and the U.S. Constitution or the American Revolution or the Civil War were cynical plots to perpetuate slavery. I would recommend this book, and it is hoped that it is read in all schools that have taken copies of the Times 1619 project literature.

[4] An interview with Ed Achorn, author of Every Drop of Blood: The Momentous Second Inauguration of Abraham Lincoln-https://www.wsws.org/en/articles/2020/07/10/linc-j10.html

Posted by A Trumpet of Sedition at 09:19