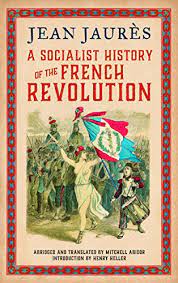 The bourgeoisie, however, unstable this was to be the subsequent revolutions were an attempt by the various contending factions to gain power at this the working class did not constitute an independent class yet sided and was led by one section of the middle class. In much respect, the history of this revolution determined the history of Europe.
Historiography– Classical and revisionists
It is not within the realm of this review to discuss every single revisionist historical trend of the revolution. There is a similar theme amongst all of them in that the French revolution was not a bourgeois revolution.
Eric Hazan, the author of numerous books of the revolutions in France, claims that Marxist historians have exaggerated the presence of the bourgeoisie in France "In their struggle against the bourgeoisie, the revolutionary peasants and sans-culottes were working against the grain of history as they opposed the establishment of capitalism."
Hazan continues "that the words "bourgeois" and "bourgeoisie" were rare in late-18th-century France: "I have found 'the rich, 'hoarders', 'aristocrats', 'plotters', 'mono­polists', 'rogues', 'rentiers', but scarcely a single 'bourgeois'." He concludes that the question "Was the revolution bourgeois or not?" does not mean anything.[6]
Amongst the more classically minded historians was Alfred Cobban (May 24 1901-1 April 1968)who opposed a historical materialist understanding of the French revolution.   Cobban wrote an article entitled The Myth of the French revolution whose basic premise was to deny the anti-feudal and bourgeoisie nature of revolution.
Albert Soboul sought to defend a materialist method of understanding the cause of the French revolution. He believed that even within the liberal school of historians, the revolution was a social act that paved the way for the bourgeoisie to come to power. That the revolution had been prepared ideologically had prepared its ideas, which undermined the existing feudal regime.
Conclusion
To conclude as  Lefebvre "Without scholarship there is no history".[7] It is clear the revolution itself was the result of complex changes inside France and Europe. Each generation of historians has added immense understanding to this event. It also must be stated that the attack on a historical materialist understanding of the revolution has done great damage. Despite this, there will be a thirst in the coming period for a materialist understanding of past revolutionary events.
In this context, the work by translator Mitchell Abidor should be a tremendous service to increasing one's knowledge of a complex historical event. While the problem with any abridgement is that it must choose what to leave out, it will hopefully push readers into reading far more on the subject than they had intended which mean that some readers might want to read further on the revolution.
I leave the final word with Jaurès "We will not mock the men of the revolution who read Plutarch's Lives. It's certain that the great burst of inner energy Plutarch inspired in them did little to change the march of events, but at least the men of the revolution remained upright in the storm." To judge them as if they should have brought the drama to a close as if history was not going to continue after them is both childish and unjust. Their work was necessarily limited, but it was great."
[1] Jean Jaurès, History of the French Revolution. 1901-https://www.marxists.org/archive/jaures/1901/history/july-14.htm
[2] Reflections on the Revolution in France-Burke
[3] Present historic: Carlyle, Robespierre and the French Revolution
Part one-By Ann Talbot-15 July 2010-https://www.wsws.org/en/articles/2010/07/fren-j15.html
[4] Citizen of the world: a brief survey of the life and times of Thomas Paine (1737-1809)
By Ann Talbot-8 June 2009
[5] Age of Revolution: 1789-1848- By Eric Hobsbawm
[6] France's left will never accept the revolution is over-Ruth Scurr-http://www.newstatesman.com/culture/books/2015/08/frances-left-will-never-accept-revolution-over
[7] Quoted in https://thecharnelhouse.org/tag/albert-soboul/