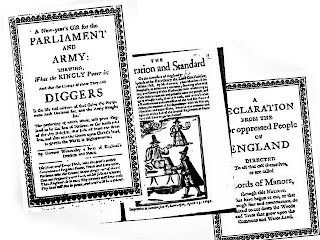 The Final Crisis of the Stuart Monarchy: The Revolutions of 1688-91 in their British, Atlantic and European Contexts (Studies in Early Modern Cultural, Political and Social History) Tim Harris, Stephen Taylor. Boydell Press have kindly given me a review copy.  The book is beautifully presented.  From Amazon “This collection sheds new light on the final crisis of the Stuart monarchy by re-examining the causes and implications of the dynastic shift of 1688-9 from a broad chronological, intellectual and geographical perspective. Comprising eleven essays by specialists in the field, it ranges from the 1660s to the mid-eighteenth century, deals with the history of ideas as well as political and religious history, and covers not just England, Scotland and Ireland but also explores the Atlantic and European contexts.

The Road Not Taken: How Britain Narrowly Missed a Revolution, 1381-1926 Paperback Frank McLynn. Having not read the book I cannot comment too much but it seems Mclynn appears to follow in the footsteps of recent revisionist historians that do not classify the English revolution as a revolution.

The crisis of Theory- Scott Hamilton- EP Thompson, the new left and post war politics. I am working on a review of this in light of the anniversary of Thompson’s Making of the English Working Class.

In contempt of all authority- B Sharp. Breviarry Stuff Publication have sent me a review copy which will be reviewed on my blog soonish.

Daniel Reed has published his Dissertation submitted for the Degree of Bachelor of Arts 2007-2008 on http://www.academia.edu/ it charts the life of Sir John Hotham during the English revolution

Marriage in the English Revolution- The History of Parliament-http://thehistoryofparliament.wordpress.com/2013/07/17/marriage-in-the-english-revolution/

A Field In England [DVD] “A Field In England is set in the midst of the English Civil War, following a quartet of deserters. Said group soon fall under the influence of a thief, played by Michael Smiley, and the search begins for buried treasure. Wheatley, however, has more ingredients here, not least the introduction of some particularly potent mushrooms, that soon begin to affect the adventures of his characters, and the direction of the film. It ends up an utterly unpredictable, bold piece of cinema, that's frequently funny, very British and, at its best, downright brilliant. And, as always, Wheatley makes sure that the DVD doesn't skimp on interesting extra features too”. Amazon

British Library hush is broken by a row over reading room rules-http://www.guardian.co.uk/books/2013/jul/19/british-library-hush-row-reading-room

Professor Robert Ashton: Historian of early modern England- This obituary appeared in the Independent. Although the historian died earlier this year very little in the way of obituaries were written. Hopefully in the near future I would like to do one. http://www.independent.co.uk/news/obituaries/professor-robert-ashton-historian-of-early-modern-england-8533191.html

Posted by A Trumpet of Sedition at 03:15

The book is extremely well researched, and Boys present her arguments clearly and popularly and seeks to demonstrate "the interplay between high domestic politics, international relations and London news publication".

Boys believes that Britain in the 17th Century was an important part of a European-wide news community. The book is welcome in this respect because it counters recent historiography that has tended to be hostile to a Eurocentric viewpoint.

During the Thirty Years war, people waited for eager news. Much of this reporting and printing was illegal and if caught printers and their writer friends were fined and often jailed.

This book is published at a time when a revolution is taking place amongst our media, mainly led by the internet. No less a revolution was taking place in the 17th Century. The media revolution put enormous pressure on monarchs all over Europe, especially in Britain of James I and Charles I.

The growth of the new media brought unprecedented dangers for the ruling elites. For the first time, ordinary people could read or hear news and draw conclusions for themselves about the major issues of the day.

Boys present an understanding of both revisionist and post revisionist arguments without agreeing with one side or another. It is only recently that a systematic study of these newsbooks has been undertaken but has still received a shocking lack of attention by scholars so much so that it is very difficult at this stage to place Boys work within current historiography.

However, this viewpoint was challenged by Marxist historians such as Eric Hobsbawm who saw the war in the context of a general economic, social and political crisis of the 17th Century. According to, J. V. Polišenský, the Thirty Years' War was "the logical outcome of the crisis of policy of the old feudal ruling class. This political crisis of the declining sixteenth and the commencing seventeenth centuries had deep social and economic roots. Economic and political changes did not develop evenly. The law of uneven development resulted in a peculiar situation in those countries whose economic and political interests were in a violent contradiction. These buffer-countries " lay in a disputed no-man's land and were necessarily regarded as natural danger zones". An examination of the various historiography's would have improved an already good book.

Boys research makes extensive use of Corantos.[1] She correctly shows that these newsbooks and informational broadsheets during the Thirty Years War had an important part to play in the dissemination of news during the English revolution. Boys has spent a significant amount of time pouring over manuscripts. Her use of the British Library resources is evident by the use of sources such as the Trumbull Papers and Joseph Mead's correspondence,

Like the historian, Christopher Hill Boys has been unfairly criticized for mostly using printed sources, both primary and secondary. One such critic said "the author cites the Calendar of State Papers Domestic for the reigns of James I and Charles I, but not the State Papers Domestic (SP14 and SP16) in manuscript, available on microfilm and online.  To understand what attempts the early Stuart monarchs did make to control the press, information from the actual documents in SPD is vital.  SPD is primarily the archive of the secretaries of State's office which supervised all the monarch's correspondence (indeed all the monarch's government business).  The senior secretary of State also coordinated Privy Council business and exercised crown supervision of printed matter.

"This research lacunae (among others) has led Boys' to repeat an unfortunate miss-identification of a licenser for the press, Mr. Cottington, who is the joint focus of an entire chapter in her book.  Cottington's misidentification here is even more unfortunate because he was correctly identified decades ago by W. W. Greg, with Greg's findings supported later by research from Sheila Lambert.  Boys is aware of the controversy over Cottington's identity but chose to follow mistakes originating with F. S. Siebert, perpetuated in more recent studies by Michael Frearson and Cyndia Clegg.  Greg found the autograph imprimatur of George Cottington on a manuscript submitted to him for approval, now in the Bodleian Library.  Lambert found George Cottington's entrance to and a degree from Oxford.  My research places him among the chaplains of the bishop of London".[2]

Boys point that during the Thirty Years war Britain's ruling elite showed a real fear that news dissemination to the masses was politically dangerous. Therefore the Crown actively sought to control the news by appointing Georg Rudolph Weckherlin in 1627 who was "given oversight of news, as well as other print genres deemed to be politically dangerous".

Weckherlin's appointment was done in a typically English empirical fashion. He was not employed directly by the Crown. However with political and military events proceeding at a dangerous pace the State needed a far robust response to the growing danger of Britain being dragged into the Thirty years war and to counteract the growing political, economic and social crisis already mounting in England.

So from early 1630s William Laud, archbishop of Canterbury, working through the High Commission for Causes Ecclesiastical was brought in to control the press. Almost immediately, the Star Chamber was used to indict a growing number of people deemed to be advocating sedition. Towards the end of 1637 several trials of prominent figures such Henry Burton, John Bastwick, William Prynne, and John Williams, bishop of Lincoln, were charged with seditious libel.  However, political events beyond the control of Laud and his master Charles I were to hamper attempts at press censorship.

Of particularly interest is Boys treatment of the foreign policies of James I and Charles I.as one reviewer said  " Boys supports recent scholarly efforts to rehabilitate James's political and foreign policies, arguing that the king "was aware of the power of words and sought to influence public opinion"  or that Charles, carried out a "laissez-fair approach to the press".

It is clear that Charles I had little understanding of the use of Newsbooks in developing his foreign policy. He "simply did not appreciate the desirability of telling his side of events, nor see the need to persuade."

To conclude, the book is also beautifully presented and illustrated Boydell Press and deserves a wide readership. It enhances our knowledge of both the Thirty Years War and the early origins of newspapers. The book as one writer says it also "increases our understanding of the development of English periodicals, the monograph also helps explain the fascination with and establishes the importance of international news in early Stuart England".

Posted by A Trumpet of Sedition at 07:58