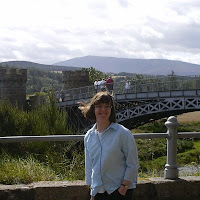 I first of all must thank Keith for the very kind invitation to contribute to his blog.  My original idea was to write a defence of the three Stuart kingdoms, essentially assessing the New British histories 20 years after the initial debate.  I realise that for many the ‘new British history’ moment has passed and historians have again retreated into their own respective national histories. I thought it may be more useful to reflect upon my own journey in researching and writing my new monograph The Solemn League and Covenant of the Three Kingdoms and the Cromwellian Union 1643-1663. I will reveal how my view of mid seventeenth century Britain and Ireland has evolved over the decades. Historians should not only offer a new perspective on the past but be fully open to their own deeply held views being challenged, shaped and influenced by their own experiences and new discoveries.

Before the Three Stuart Kingdoms

If you had met me twenty years ago I was very much a Cromwellian. In April 1999 I was in Huntingdon for the 400th anniversary of Oliver Cromwell’s birth. I had been interested in Cromwell for almost a decade and had been a member of the Cromwell Association since I was a teenager. I visited the Cromwell Museum frequently, often while we were visiting my former childhood home. I had spent my formative years in East Anglia. I had seen the film Cromwell with Richard Harris and Alec Guinness at school and had an excellent teacher who encouraged me to read books on the subject.  I read Antonia Fraser’s Cromwell: Our Chief of Men when I was in the first year at senior school which fuelled my interests and Cromwellian tendencies even more.  Unsurprisingly I had a very Anglocentric view of the civil wars and Cromwell was undoubtedly the hero.  At the time, having recently moved back to Scotland from East Anglia, Cromwell was a link back to a place I deeply missed.

My view of the conflict that engulfed Britain and Ireland during the mid-seventeenth century was firmly structured around the ‘English Civil War’.  Although I was aware of the Scottish origins of the conflict the Covenanters and the prayer book riots hardly registered on the radar! I found the rise of the New Model Army and its radical elements fascinating particularly the Levellers and the Diggers and to this day Christopher Hill’s The World Turned Upside Down is one of my favourite history books. I saw Cromwell’s rise to power as a positive event that had been essential to Britain’s transition to democracy.  I was a fully paid up member of the Whig school of history without even realising it. Towards the end of my undergraduate history degree I was contemplated doing a PhD on the Levellers or the Quakers but my perspectives on the period were changing.

In the sub honours year of my undergraduate degree I took the three Stuart Kingdoms course which examined seventeenth century Britain and Ireland from an integrated three kingdoms perspective.  It broadened my horizons immensely as the Stuart monarchy had to deal with ruling three very diverse but interconnected kingdoms. The ‘English civil war’ very quickly became the Wars of the Three Kingdoms.  Events in Scotland and Ireland became central to understanding the conflict and were as important as events in England.  One momentous shift in opinion came with the realisation that Westminster did not hold the monopoly on constitutional innovation with important developments taking place in Scotland and Ireland too. The Covenanters were eager to establish a Scottish Parliament which dispensed with the Royal Prerogative. In Ireland after the 1641 rebellion the Irish Confederation of Kilkenny was formed and evolved into a sophisticated form of government with a supreme council, a general assembly and various committees. The Wars of Three Kingdoms were an era of constitutional change across Britain and Ireland.  During my time on the three kingdoms course constitutional change was also taking place across Britain and Northern Ireland. Scotland’s own parliament was reinstated for the first time since 1707, Wales was given its own assembly and devolved government was restored in Northern Ireland.  These modern constitutional developments reinforced the three kingdoms approach to the Stuart monarchy.

My view of Cromwell began to change and far from being a harbinger of positive democratic change, Cromwell and the English Republic came seen as a highly dysfunctional form of government within the wider context of Stuart Britain and Ireland. This became all the more apparent when I embarked upon my PhD research in 2001 and explored the Covenanters reaction to the Cromwellian conquest of Scotland. Interestingly over the next few months within the UK newspapers debates raged over the legality of the proposed invasion of Iraq citing precedence and international law with reference to military intervention and the occupation of sovereign states.  To my surprise Archibald Johnston of Wariston, one of the leading Covenanters against the Cromwellian invasion of Scotland was using similar arguments to those opposing intervention in Iraq! Historians always write the past within the present and I doubt I would have taken Wariston’s arguments so seriously if it was not for current climate at the time.

During the course of my research I travelled throughout Britain and Ireland and began to appreciate the diversity of these islands at first hand.  I also began to understand that nations, groups and individuals cannot simply be put into fixed categories.  Actions and beliefs are a pandoras box shaped by constantly evolving circumstances. Many labels that historians apply to religious and political groups are overlapping broad churches of common values and internal conflicts.  Throughout my book I highlight not just the common religious and political values that Presbyterians and the Covenanted interest held across the kingdoms but I also aimed to show the internal divisions.  In addition, I drew attention to the differences of opinion and the distinctive approaches Presbyterians in Scotland, England and Ireland had towards the Cromwellian government based on the particular situations they found themselves within their own localities and kingdoms.  Examining events from a new perspective forced me to view Cromwell and the English Republic with fresh eyes.  Cromwell became a ruthless and Machiavellian operator breaking all rules, precedents, laws and customs of Stuart Britain, a far cry from the man who put Westminster on the road to democracy.

Dr Kirsteen M MacKenzie was a lecturer in history at the University of Aberdeen between 2014 and 2017.  Her book The Solemn League and Covenant of the Three Kingdoms and the Cromwellian Union 1643-1663 published by Routledge is out now.
Posted by A Trumpet of Sedition at 09:42