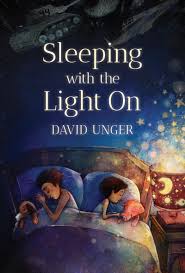 David Unger's new book is an intelligent, tender and an extremely readable account of two children growing up in civil war-torn  Guatemala in the early 1950s. Sleeping with the Light according to the author is based on one of the titles included in the book of short stories Ni chicha ni limonada, which he published in 2009 with the Guatemalan publishing house F&G Editores.

Seen through the eyes of young Davico and his older brother Felipe they witness the United states inspired coup d'etat which took place in Guatemala in 1954. The military coup which overthrew the democratically elected Arbenz government paved the way for the Central American country to become a staging ground for numerous counterrevolutionary operations carried out by the United States and its secret service organisation the CIA throughout Latin America.

The elected government of Arbenz had tried to initiate a limited amount of agrarian reforms but were opposed by the US and the politically influential United Fruit Company who controlled most the country.

The fact that David Unger feels the need to write about this in 2020 is not because this very dark chapter in Guatemalan history is a closed book but unfortunately is very much alive in the thoughts of millions of Guatemalans at home and millions of Latin Americans who suffered similar fates in their own countries. Themes addressed in Unger's book are also addressed by a new generation of Guatemalan and Latin American writers.

According to one writer "The CIA and other US agencies still refuse to declassify documents containing information ranging from the identity of individuals responsible for these crimes against humanity to the actual location of secret prisons and mass graves".

Unger's storyline is deceptively and deliberately simple, but it would be a mistake of the reader to believe that this just a simple tale of childhood. To a certain extent, David attempts to come to terms with his own childhood experiences. The book David will forgive saying is part if not all, autobiographical. If this is the case, then he follows in the footsteps of all great writers in drawing from a part of their own life experiences in order to write their stories

The book in which each chapter begins beautifully illustrated by the Mexican writer and illustrator Carlos Aquilera Unger deals with several pressing political and social issues. Unger deals with the very real problem of racism and immigration. Before and during the Second World War several German immigrants were forced to leave both Germany and the United States. In one part of the book, the Father of the boys said he did not leave Germany to die like a dog in Guatemala.

Recently I asked David about the book in a very good interview he said "Sleeping With the Light On is based on a short story entitled "La Casita," that appeared in my 2009 book Ni chicha, ni limonada (F y G Editores). I took this sweet autobiographical tale and enlarged it into a chapter book. The major themes of the book deal with family conflicts, war and loss, but since it is for children 6-9, these themes are introduced and dealt with gently. As to your second question: I am not a career writer, so I only write when I have something to say—I published my first novel at age 52. When an idea or a character gets a hold of me, that is when I begin to write. It has not happened in five years because I have nothing to say. This awful covid pandemic, I would say, has almost rendered me mute". 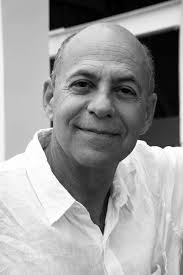 Posted by A Trumpet of Sedition at 00:08